The Royal Vagabonds, Inc. is a Gentleman’s Club composed primarily of successful professional Black men who have banded together to leverage their philanthropic activities in the community and to share social activities that are of mutual interest. 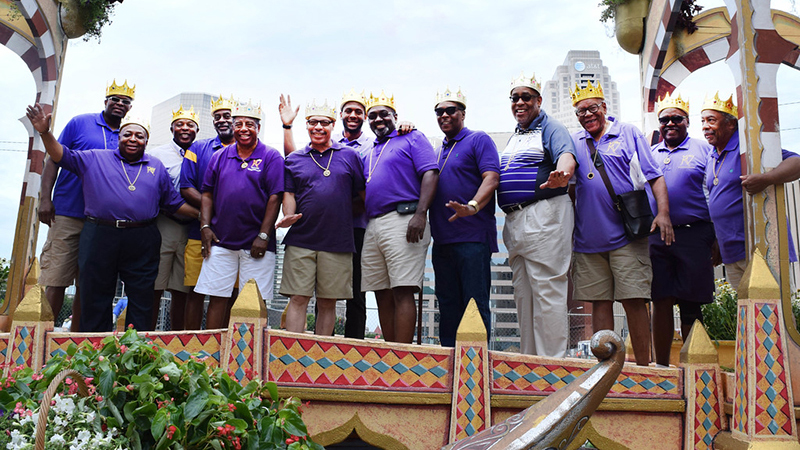 The Royal Vagabonds, Inc. organization had its beginnings in the late 1920’s, when a small group of Black professionals and businessmen got together to plan, implement and share common goals and activities, because of limited social and intellectual opportunities for “men of color.” Originally the group was called “The Vagabonds,” but later the name was changed to “The Royal Vagabonds” 1930’s. The original meetings were held in the homes of the founding members, where they met to plan and implement activities that were generally held at either the Poro Hotel & College, the Peoples Finance Building or the Pump Room. 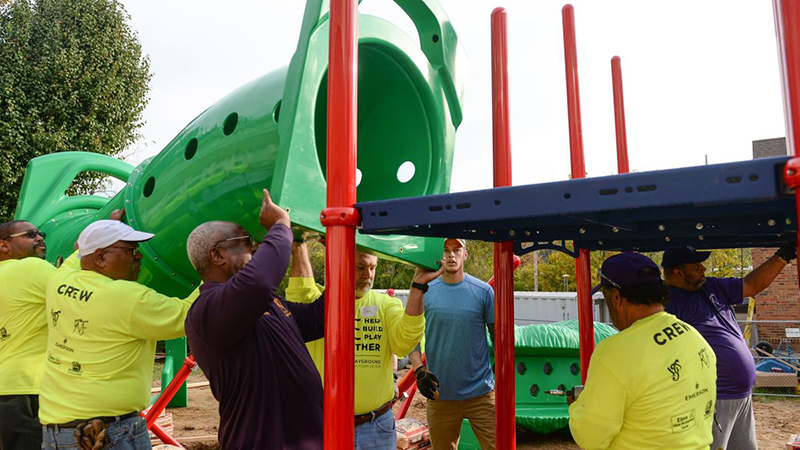 The “Vagabonds Social Club” was incorporated by the State of Missouri in the 1950’s and shortly thereafter decided to purchase a “house of our own.” Each member was accessed a one hundred dollar ($100) fee for the down payment towards a house. The original social home was located and purchased at #64 Vanderventer Place. The house was proudly refurbished by members with additional help from their wives. Their big event of the year – the Royal Vagabonds New Year’s Eve Party – was held at the newly refurbished house during this period. Things went along fine until the City of St. Louis decided to build a juvenile detention center on the site , forcing the club to move to its present location at 4315 Westminster Place. This grand mansion was designed and built for Pierre Chouteau Maffitt in 1901 and was later renovated and refurbished in part following the tornado of 1959, which destroyed parts of the roof and gutters.

Since it’s early beginnings, the organization has evolved and grown into an influential membership of over 80 members . Through the years, the Royal Vagabonds, Inc. has remained socially active providing much needed services, resources, and monetary contributions to individuals and organizations throughout the community, to help improve the lives and/or living conditions of those in need.

History of the Mansion

The Fullerton Westminster Place Addition tract was purchased in 1882 by General Joseph Scott Fullerton, a Union Army veteran and attorney. Deed restrictions included a minimum of construction cost of $10,000, equivalent to $1.5 million in today’s money and the street must be maintained by residents through self-imposed assessment (a practice which continues to this day through the Fullerton Association). 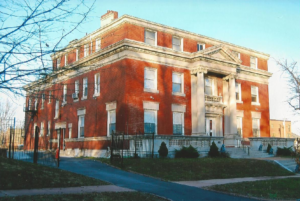 In 1901, Pierre Chouteau Maffitt, a descendent of the 18th century founder of St. Louis, Pierre Laclede, brought an added entrepreneurial acumen and social credentials to the neighborhood when he decided to commission a mansion at 4315 Westminster by the esteemed firm of Barrett, Hayes & Barrett at the cost of $40,000, equivalent to $2.9 million in today’s money. Mr. Maffitt, founder of the Iron Mountain Company (railroad and mining), was the owner of street railways in the Central West End.

The first floor architecturally has the most intriguing design by no accident by Mr. Maffitt, the front of the mansion and entry is a Greek Revival style history lesson waiting to be told. The rooms tell a story from the padded tapestry walls to the intricate breathtaking hand painted canvas panels in the grand foyer. The story continues with glamor of the grand parlor and formal dining room combination that would be elegant enough but there is also a stately paneled library located on the first floor with built in glass door book shelves. As you tour throughout the mansion you can’t help but notice that many of the original gas lamps used for lighting are still in place, however they have been converted to electrical power. As you ascend the grand staircase that runs from the first to the third floor you will notice on the landing between the first and second floors a beautiful stained glass window that is a masterpiece of art work that stretches the whole wall. The second floor has an allure of its own, originally what were 4 bedrooms in the main quarters and a 5 room servant quarters are now used to house the administrative offices of the Royal Vagabonds Inc. and the Royal Vagabonds Foundation Inc. The Royal Vagabonds Inc. is an African-American men’s philanthropic organization which purchased the mansion in 1959. As you walk to the third floor, you will be entranced by a 120 seat ballroom including dance floor and stage. In what has become the hidden gem of the mansion is located on the lower level the “Rathskeller” is completely finished including a wet bar, dance floor, sound system and seating for 100 people, where members and guest mingle. There are also plans to incorporate a cigar bar, upgrade the kitchen and boardroom.

The Royal Vagabonds accept the responsibility of upholding the original vision of Pierre Maffitt of anchoring the eastern boundary of the Fullerton Westminster Place Addition.